Behind The Scenes of The Buttcracker

We broke wind with our new holiday card, The Buttcracker. Ours though was not choreographed on a stage at all, but instead all the characters were molded, shaped and positioned by hand, bringing it to life! We got a chance to talk with Jeff, the lead artist on the project. Here is what he had to say…

What was the most challenging part of animating clay?

The most challenging part of this piece was NOT animating with clay! Because of the amount of use each puppet was going to receive throughout the month-long process of animation, a decision was made early on to use materials that are a bit more durable. The Jack-in-the-Box and the Doll were made with pieces of fabric and stuffing, however to make the Soldiers and Buttcracker look like they were make out of wood, these characters were made using foam-latex, a method commonly used in many stop-motion studios and special effects houses. 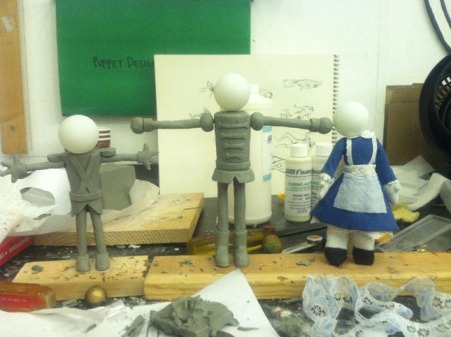 When building the foam-latex puppets, each piece was built with clay, given it’s own flexible wire, and created with mold-making processes that needed to be cut out from the left-over material known as ‘flashing.’

Once each piece was separated, they were dipped in balloon rubber and painted for their final color. Baby powder was used to help dull the look of acrylic, as well as keep the puppet from becoming too sticky.

After the puppets were built and assembled, the trickiest parts were figuring out ways to animate the puppets. For many of the shots that had animated objects I found it was easier to swap out objects using simple setups of whatever was nearby, which usually meant duct tape! 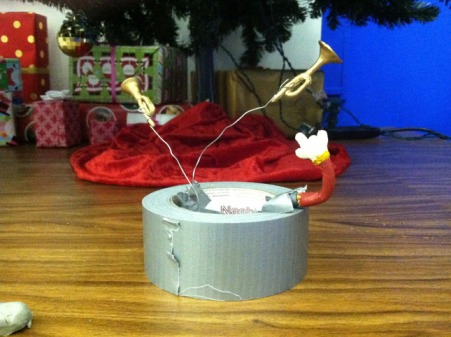 Plus, since everything was shot in camera, including the background, it was very important not to bump the set between frames so that there wouldn’t be any random jittering to distract from the focus of attention. 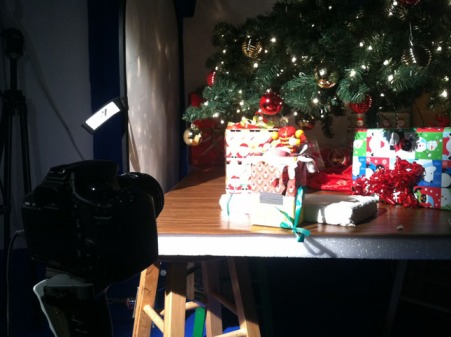 Did you record the sound effects yourself?

All the footsteps and clanks, etc. come from our sound effects library that we use in almost every production. However, if you’re talking about the actual FARTS, well, we went to a specialist. John Frizzell is our go to guy on many of our bigger production audio tracks and with his help we were really able to make the melody of this piece sing. 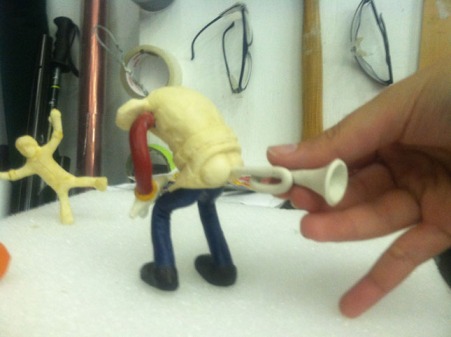 Where did you pull inspiration for the characters?

Many of the best holiday films I can remember seeing as a kid were made from stop motion. Rudolph is a great example of a holiday classic, but one that always stuck out in my head is Will Vinton’s Clamation Christmas…the waffleing song was my favorite growing up!

Have you sent the card to anyone yet?

Not yet… I’m waiting until Christmas is a bit closer. However my dad told me he saw it the other day, and it’s good to know I’m making my parents proud.  🙂

So now that you know the backside, er, backstory of The Buttcracker send it out to all of your friends this Holiday season. It will surely be a gas!

Behind the Scenes, Inside JibJab, New Content, Production Art

5 responses to “Behind The Scenes of The Buttcracker”