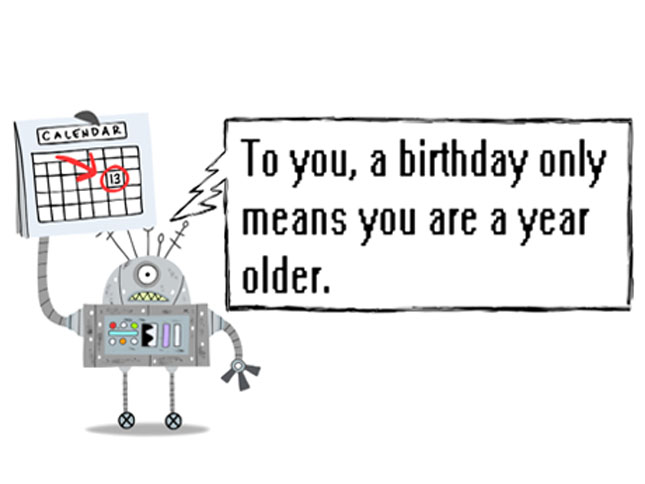 Our newest birthday card, Robo Years, comes from the brains and hands of Nate Theis and Ken Turner. After Nate whipped up a robotic animatic, Ken went to work putting his own spin on it. We talked with Ken to find out a little more about the man behind the robot.

Where did you go to school?

-I went to Sheridan College for Animation and graduated in 2007.

How long did this card take to animate?

-The Robo Years Card took about 1 – 2 days to animate.

Where did your inspiration come from?

-Well the design wasn’t that far off the rough story reel design, but I wanted to change it a bit.  I gave him a round head, a mouth, more antennas, different hands (one is scissors, and the other has fingers), and redesigned the circuit board on his chest.  I think I had just watched the film Forbidden Planet and really liked that dome head design.  There is also a certain amount of charm to that robot that I wanted to bring to this eCard robot.

Favorite robot in the media? (The terminator counts)

You can check out more of Ken’s awesome art and more videos here: http://kenturner.blogspot.com.