In our new Starring You eCard, Birthdayicu-saurus, you cast that Birthday someone in the role they were meant to play: party animal. The creator of this eCard, Nate, walked us through the creative process from idea to animation. Check out how Nate got from the word Dinosaur to the final product of Birthdayicu-saurus below: 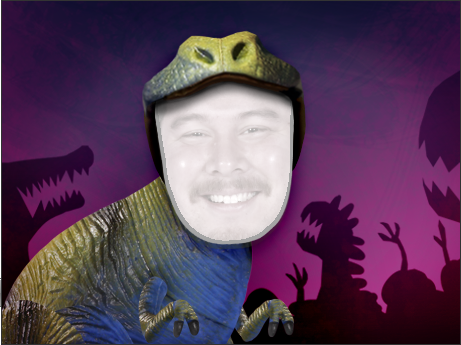 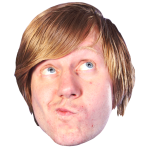 Creating Birthdaysarus was something of a dream come true for me.  It marks a point in my life where someone finally, FINALLY paid me to play with dinosaur toys.When I was asked to create a new birthday card, the topic I was given was just a word.  A single, beautiful word.

I knew immediately I’d struck gold.  I went about coming up with the craziest, most absurd concept I could; I knew I had to milk this.  It was a long road of conceptualization.  I considered a card where the character was being chased by a dinosaur, one being eaten by a dinosaur, one digging up dinosaur bones.  But I felt I could do better.

Then it hit me. What if the character IS the dinosaur. 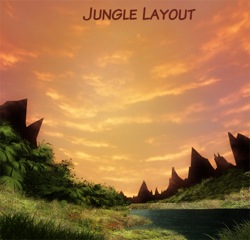 I whipped up storyboards and an animatic pretty quickly.  Some heavy metal music pretty much sealed the deal and the party animal Birthdaysaurus was born.  Once approved I had to figure out what the ‘look’ of the card would be.  Having grown up in the heyday of Jurassic Park mania (I consider the film a religious text) I’d logged a fair amount of hours playing with plastic dinosaurs and felt it was probably time I put those skills to professional use.  So I packed up my car and went shopping.  Toy shopping.  Dinosaur toy shopping.

Once I’d found all the species I wanted to use (sadly no triceratops was available, and thus my favorite species would not make appearance), I came back and photographed the figurines, then went about editing them in Photoshop to come up with the final designs.

After that was all finished I sprinkled on some animation magic in AfterEffects.  You know you’ve got a pretty awesome job when someone asks you what you did at work that day and you say “Oh y’know, just animated a dinosaur rave.”   Once sound effects were thrown in the card was ready to be unleashed!

I hope the birthday public enjoys this card as much as I enjoyed making it.  If nothing else, I know the 12 year old version of myself is very, very happy.

So let that birthday someone know that on their birthday they can party like a monster.