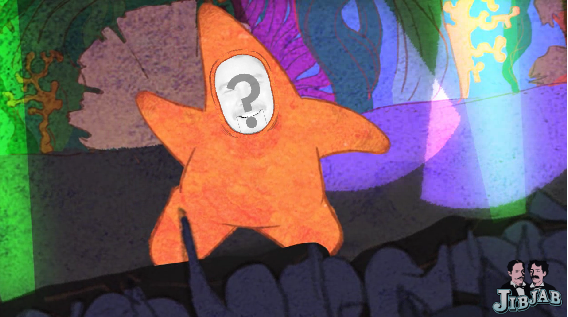 There may be plenty of fish in the sea, but in our newest birthday eCard, You’re a Starfish, you can make sure your friend knows they are the star on their big day. Make your friend an Underwater Idol that has moves that reality TV would die for. We spoke with Lauren to learn a little more about the artist behind the butt-cheeks…

1) Where/how did you come up with the concept of this card?

The director of eCards here at JibJab, Mr. Jeff Gill, had me draw a theme out of a hat! I had just been hired, and this was my first eCard, and the theme i drew was “underwater”. I thought the “you’re a star (fish)” pun was way funnier than it probably actually is, so i went with it.

2) If you were a fish what kind would you be? Why?

I would be a fan-tail goldfish, so i could better understand my pet fish, Skeeter.

3) Where do you imagine this starfish is performing?

I imagine the starfish in this card had a tough road and really fought his way to stardom. This is probably his first performance at a major stadium, and he almost didn’t make it in time because his submarine van broke down. I bet his wealthy, famous, competition is behind stage; bitter about his unexpected success.

4) Who would you be most excited to cheer for if you were in this goldfish audience?

I would probably die if i could see Florence and the Machine live. I’m such a fangirl for Florence Welch.